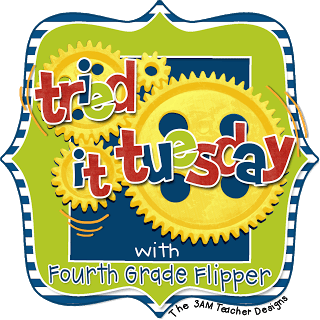 We had school yesterday (President’s Day) to make up for a snow day, and we had school again today… a normal day, yes… but after so many days off, it’s hard to work so many days in a row! 🙂

I’m linking up with Holly for Tried It Tuesday!

We used Groundhog Gets A Say THE WEEK OF GROUNDHOG’S DAY…… and some teachers might just throw in the towel after almost a full week off due to snow, but not me! 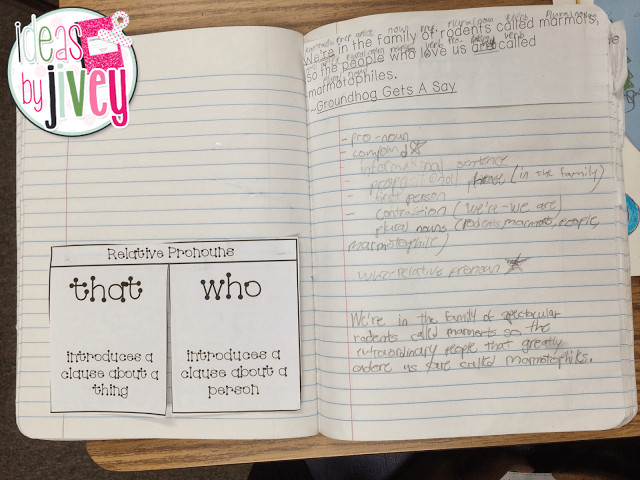 After finally finishing our mentor sentence lesson, we were getting this darn poster finished!!!! So we didn’t just have Groundhog Day, or Groundhog Week, but apparently, I’m dragging it out for the month. 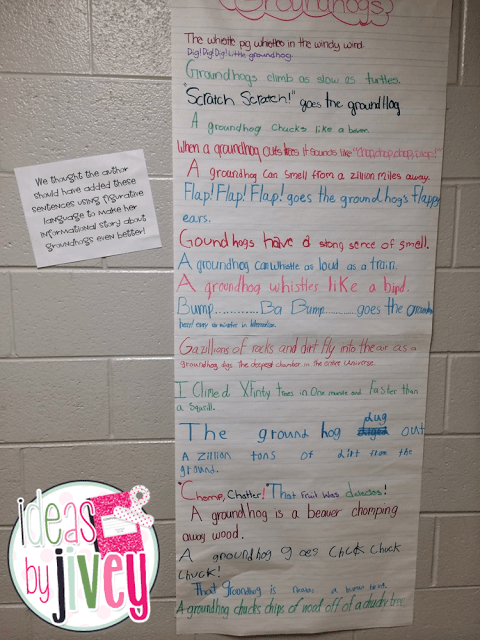 Since we had been working so much with figurative language, I challenged them to use the facts we learned from the book to write sentences with all of the types of figurative language (alliteration, simile, metaphor, personification, onomatopoeia, hyperbole) in groups. They came up with some really great sentences!

“The groundhog dug out a zillion tons of dirt from the ground.”

“Chomp, chatter! That fruit was delicious!”

“The whistlepig whistles in the windy wind.”

Then, I had everyone in the class write a sentence on chart paper, but they had to read everyone’s above them and make sure the one they wanted to write wasn’t already on the poster. Look how many we managed to get!! 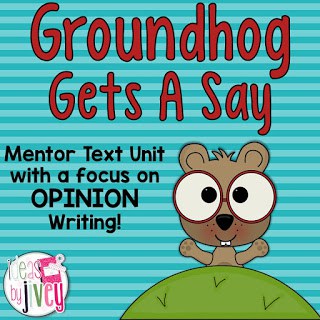