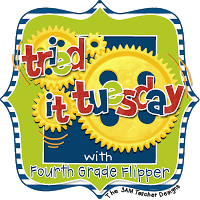 I got the BEST idea from Jennifer at Mrs. Laffin’s Laughings last week when she linked up for Workshop Wednesday last week! I decided to try it this week, and I’m so glad I did, so I’m linking it to one of my fave’s: Holly, for Fourth Grade Flipper’s Tried It Tuesday!

We are working on voice in our writing, and making sure we can determine point of view using voice and descriptive words. I showed my students this picture: 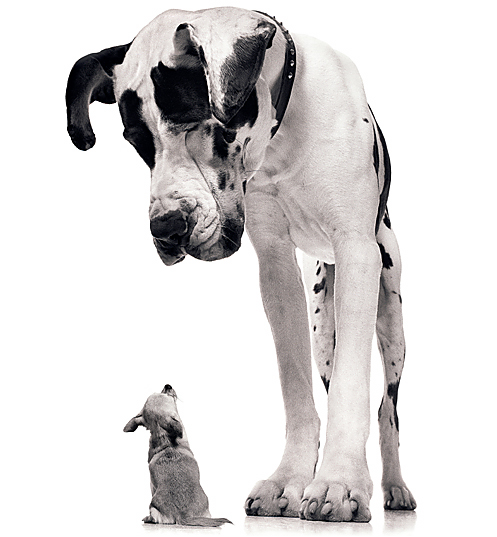 …and showed them the caption, “Wow! You’re big!”

They could tell me that the little dog would be the one saying that, but I asked if it really told a story, or helped describe the details of the picture. (Thankfully, they told me no.) So then, I showed them this caption:

My students loved this one, and they laughed! (Which of course, was the point…) I had my students practice with this picture from the point of view of the big dog, and then share out. They had some really great ideas already, so I was excited for the activity that was to follow.

I posted eight pictures around the room, similar to the one above. They walked around with their writing journals and came up with a caption for all of them. I floated from picture to picture and chose a few of the best/funniest for each picture (making sure that all of my students had one to share). They wrote their caption on a sentence strip, which are now proudly on display in the hall with the pictures! Here are some of my faves: 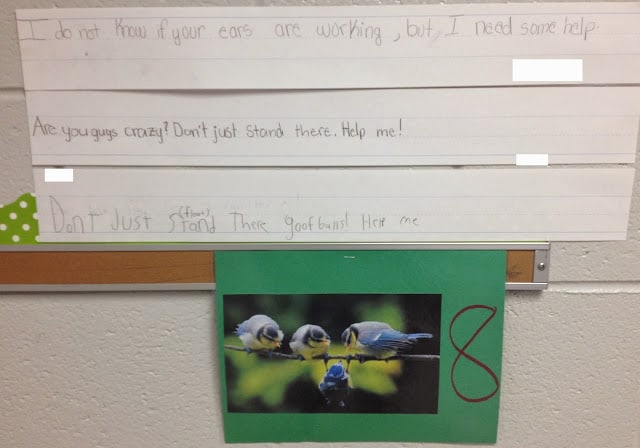 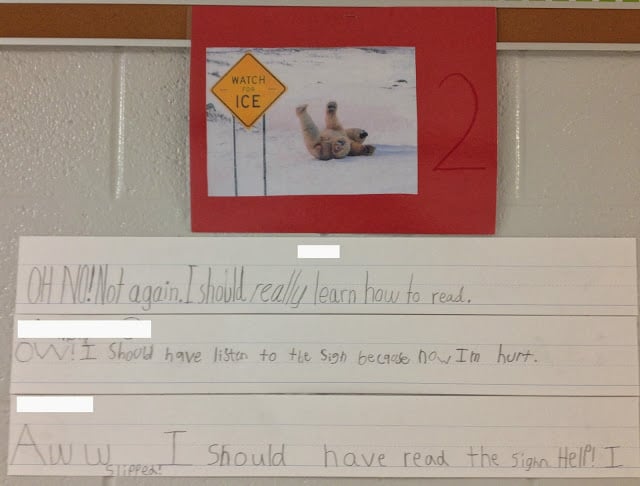 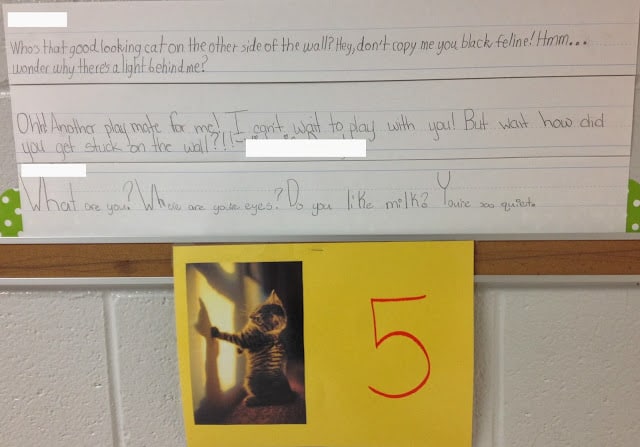 This was such an EASY and FUN activity! My kids asked me if we could do it every week. I might have to have a “caption this contest” instead. 🙂

Don’t forget to link up for Workshop Wednesday tomorrow, or at least pop in and get some awesome ideas from others (just like this one)! It will be the last week of sharing how to set up workshops!

⏰ Literally HUNDREDS of hours have gone into creating mentor sentences, interactive grammar activities, reading activities, writing prompts, and vocabulary lessons for the most amazing picture books so that students have consistency and continuity with these rigorous and engaging units. You can buy the units individually, or get access to them all in the membership!Read more about it at the link in my profile! members.ideasbyjivey.com/jivey-s-all-access-membership-founding#ideasbyjivey #teachersfollowteachers #mentorsentences #mentortexts #picturebooks #teachersofinstagram #teachersofig #MentorTextMonday #iteach345 ... See MoreSee Less

I mean, seriously, they are so fetch. I could talk about #mentorsentences ALL DAY.Come read all about the game-changing routine at the link in my profile: @ideasbyjivey www.ideasbyjivey.com/taking-it-back-to-archives-mentor/#ideasbyjivey #teachersfollowteachers #mentortexts #teacherspayteachers #teachersofinstagram #teachersofig ... See MoreSee Less

When do you introduce text structures? Come check

⏰ Literally HUNDREDS of hours have gone into cre

Enemy Pie is one of my absolute favorite books to

I mean, seriously, they are so fetch. I could talk

Looking for the perfect book for the first week of

What’s your favorite back to school book? 📖

Teachers know what I’m talking about. 😍🥰

Check out my Amazon storefront for all my favorite