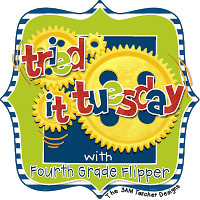 Since I missed Holly’s Tried It Tuesday, I figured I would change it for myself to Tried It Thursday instead. 🙂

I wanted to share a few products with you that I have tried! The first one, I began talking about last week. 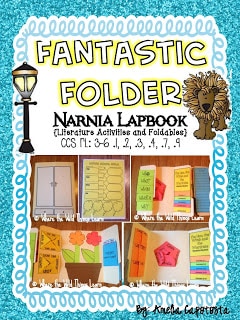 Amelia’s (from Where the Wild Things Learn) Narnia Lapbook was AWESOME. We completed it this week and the kids absolutely loved it. I would read a couple chapters aloud and they would work in their folder…. 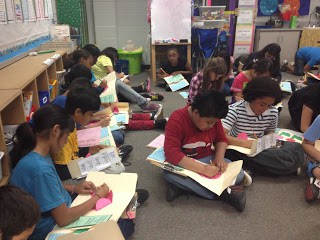 ….then after we read each day, we watched that part of the animated movie, released in 1987 (which they all thought was SOOOO OLLLLLLD when I told them that! ha!!) so they could compare and also to ensure they were “getting it” because the language of the book is very different than what they are used to hearing. They really enjoyed the book and the movie! I will be doing the folder again with next year’s crew. 🙂 Get it here at Amelia’s TPT store!

The next product I want to share is one from those two cutie-patooties at Collaboration Cuties. It’s an end of the year reflection book- not for the students but for the TEACHERS by the students. 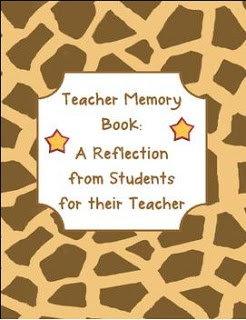 I was a little worried to know what they REALLY thought, I’m not going to lie. But it was actually REALLY nice to read! Here are some of my favorites from their responses:
“Ms. Ivey makes everything fun! If something is boring, she changes the directions to make it more fun to learn.”
“We play lots of games, which was the best way to learn.”
“We sang songs and watched rap videos on youtube, so we could remember what we were learning!”
“Ms. Ivey loves you no matter what. When she gets mad, she really just wants you to listen, that’s all.”

Unfortunately, the things they didn’t like aren’t things I can change. It was consistent: “TOO MANY TESTS! Can’t we just take a break from testing??”  🙁 It’s sad that they think that way.

You can pick up the book here at their TPT store!

I also wanted to link up with Jessica and Becky for Tricks of the Trade! 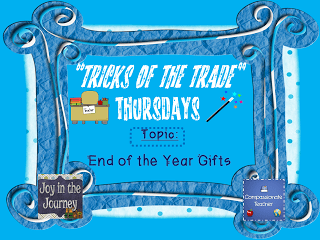 Y’all know I am a PINTEREST JUNKIE. So I want to share some ideas I have there, waiting for me to actually get busy on this weekend. 🙂 This should be pretty inexpensive… I also thought about doing these: Maybe with just one highlighter for each kid and saying “you’ve been the highlight of my year!” because man, kids love some highlighters in this classroom!!
Sadly, I must end this post on a somber note. Thank you so very much to all of my amazing, supportive bloggy friends for the prayers for my friend Penny. She passed early this morning. We have lost an angel here on Earth, but heaven surely rejoices. She has truly inspired and touched so many that she will certainly remain with all of us that knew her.