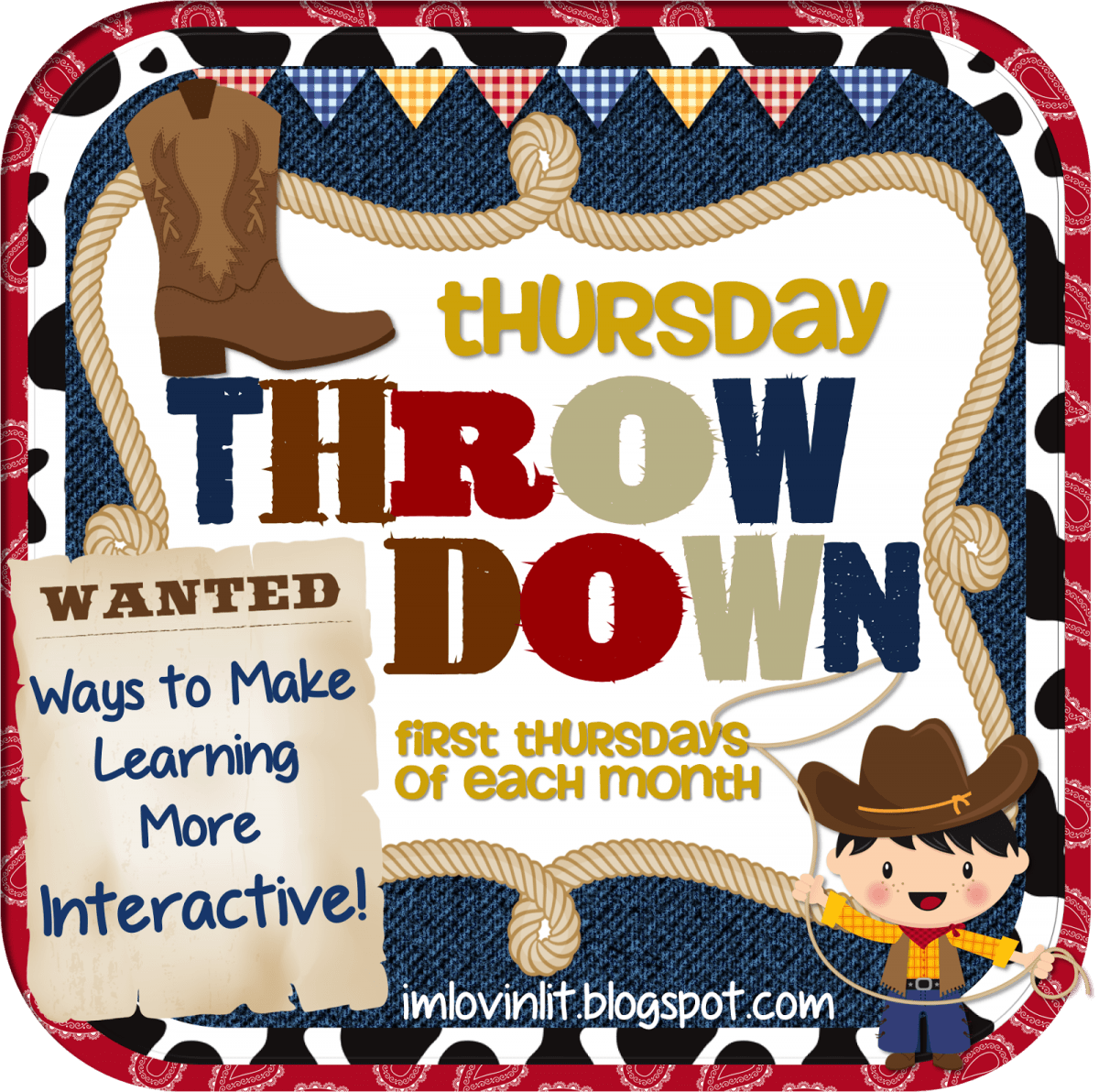 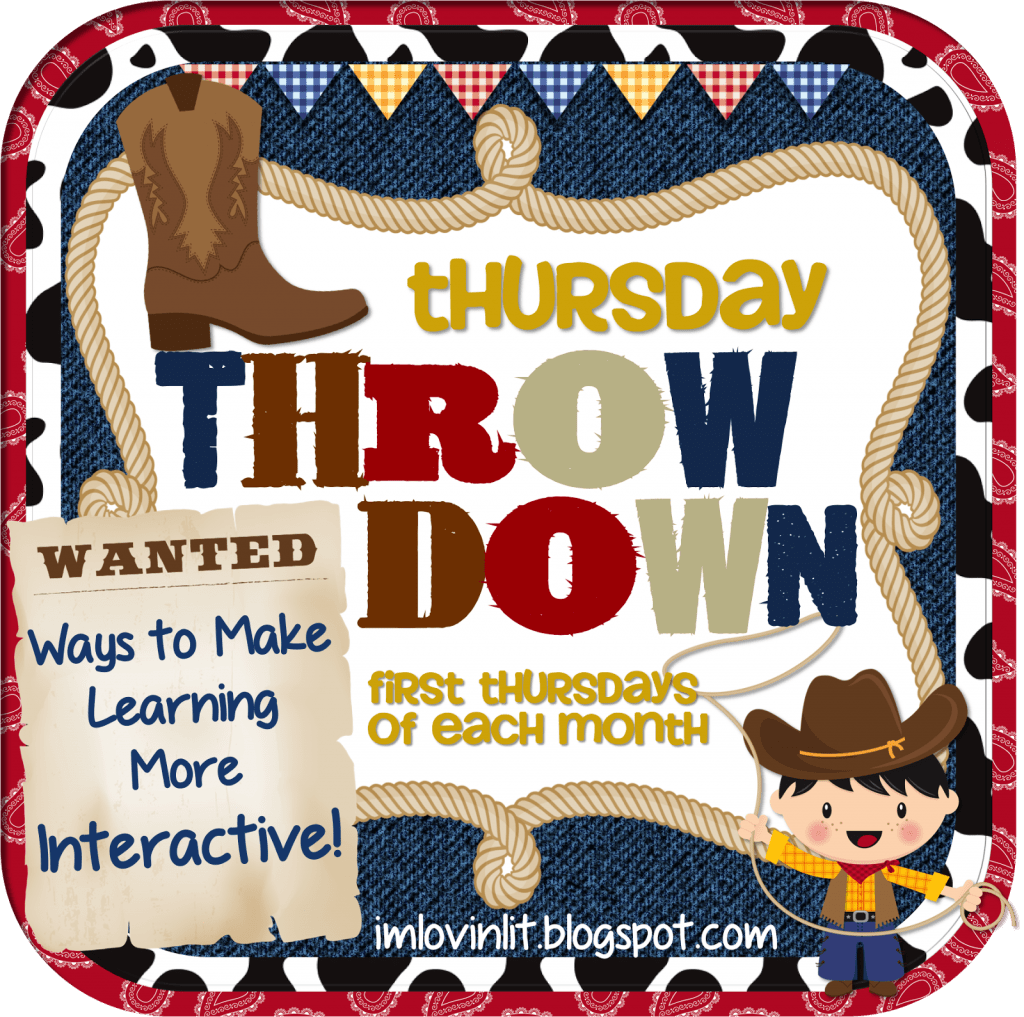 Yes!! It’s Thursday… which means it is almost Friday!!!! This has been one of those weeks that I have been LOOKING FORWARD to Friday… maybe it’s because we actually had a 5-day week?? Anyway… I am linking up today to one of my besties, Erin, at I’m Lovin’ Lit!!! I just love all her ideas even though she teaches middle school… I can almost always adapt the ideas to my fourthsters!

Today, I wanted to share ways to make “boring” games more interactive. You know the ones. Sorting… Matching… I’m all about using those games, and for the most part, kids love them! They’d certainly never tell you they’d rather do a worksheet than a matching game… but sometimes, let’s be honest… flipping over a card trying to find its match, or moving some cards around to put them in order… it’s not that exciting. So I’ve adapted my games a bit to get the kids up and moving! I also love that I can take center games, that would usually take a week for all the kids to rotate through, and make them whole group games that take 10-15 minutes!

Yesterday, I teased you in my post about my idiom matching cards… they came from my 30 Idioms Pack. 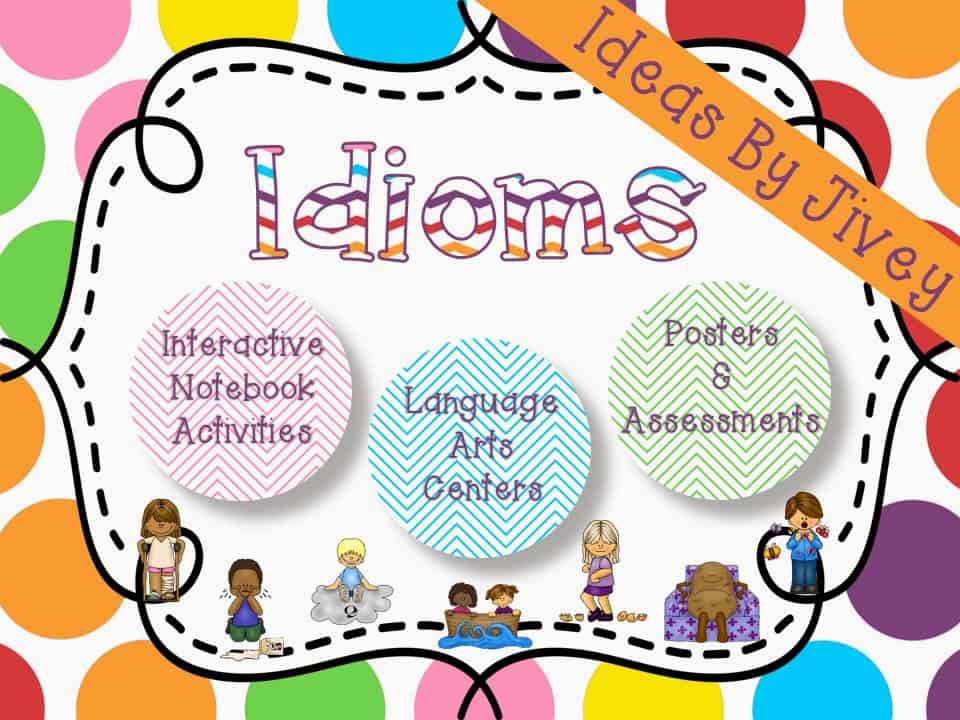 I made all of my posters and the center game cards one of five colors when I created them. Soooo I sorted the cards out by colors, creating five sets of six idioms. Then, I split up my class into five groups. Each group got a set. They had one minute (I started out with two minutes but it was WAY too much time) to figure out the matches (matching the idiom with its meaning). 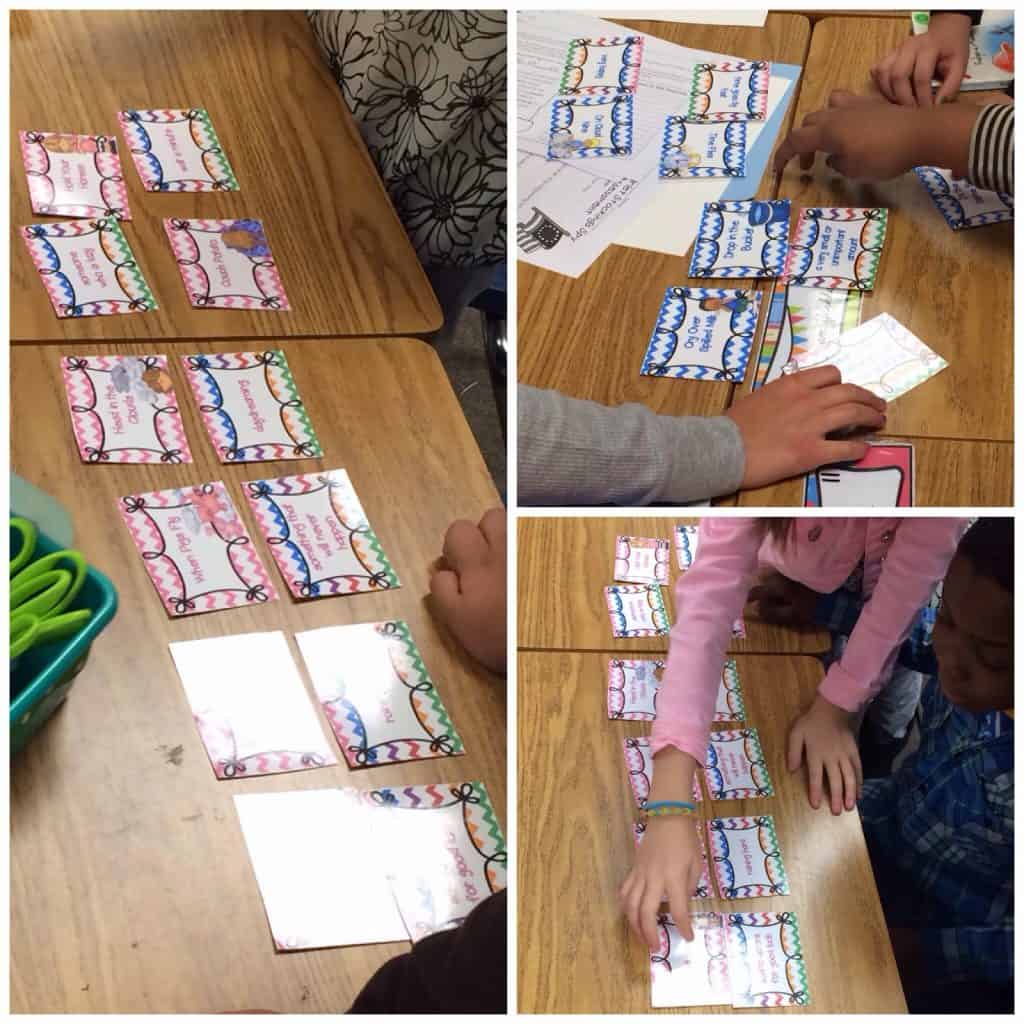 At the one minute mark, I walked around and told them how many they had correct. I didn’t tell them WHICH ONES were correct. Most of them actually figured out the meanings on the first try! I was so proud of them! But a few times, I had to say, “four are correct” and the group had to decide which ones they were sure about, and which ones they needed to change. One of my students piped in and said, “hey! This is like Hollywood Game Night!” I wanted to say, shouldn’t you be in bed when that’s on?? But I agreed- it’s just like the game where they have to put the celebrity photos in chronological order and Jane Lynch tells them how many are correct, but not which ones. My kids rotated through all five sets (10 minutes to do this activity, TOPS) and they seriously were SO excited to play. I can guarantee you I would not have heard the same squeals if I made them play the traditional match game. ;o)

Another traditional game that I make more interactive is number sorting. We are working on decimals right now, so I passed out number cards- one for each student. Then they had to put themselves in order from least to greatest, but there’s a catch… they CAN’T TALK. Oh man. You have to try this… it’s so funny how frustrated they get with people in the wrong place and they have to just use hands and facial expressions to tell them they aren’t right. For example… this happens EVERY year, no matter how many times we talk about the equivalents of tenths and hundredths (3 tenths = 30 hundredths). My tenths cards will line up as least because, as seen below, 3 is less than 10. 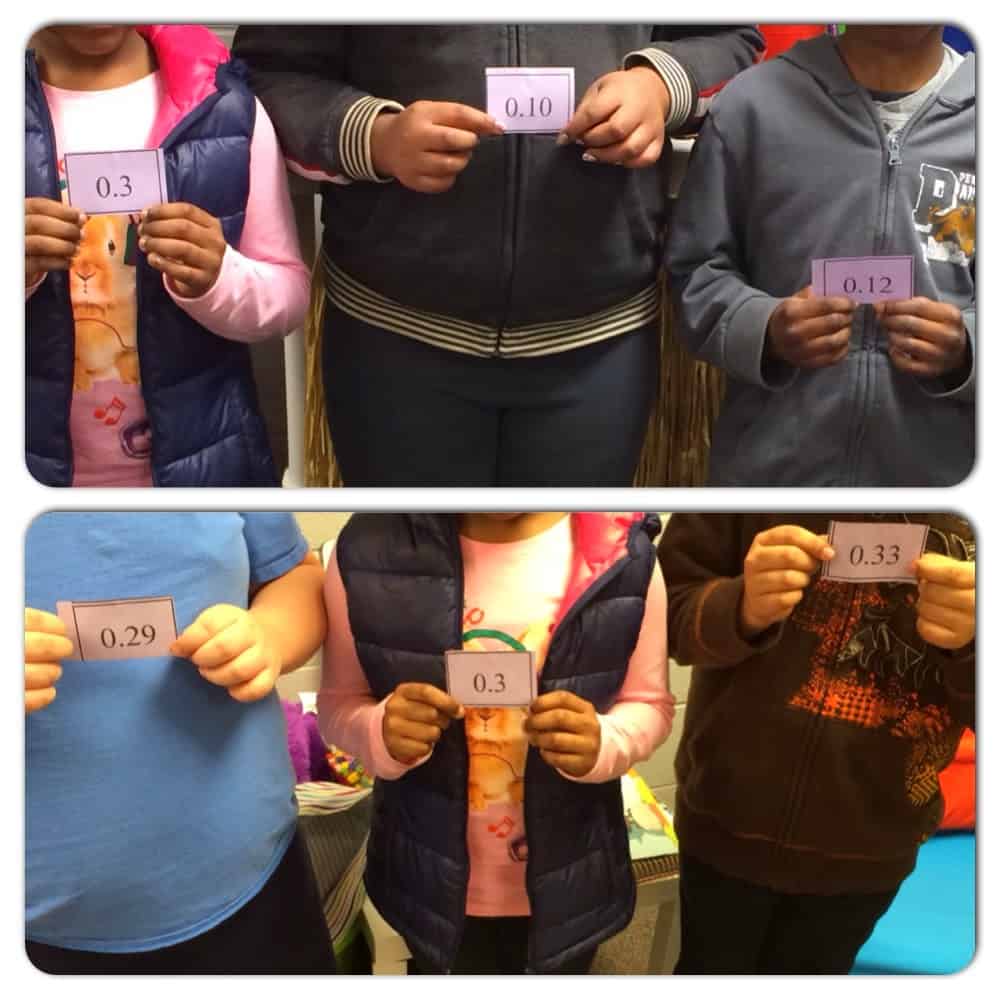 I let them get situated in a line, then I tell them they are wrong, and I ask someone who CLEARLY knows (based on their body language -tee hee!) that the tenths are in the wrong place to tell why. Then they have an “OOOOOOOOHHHHHHH!!” moment and rearrange (as seen in the bottom pic). We have played this with fraction cards, too!

I hope these give you some more options to play games in your room! :o) I’d love to hear if you have any other ideas of making “center games” quick whole group games!