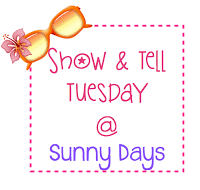 I’m linking up with Sunny Days in Second Grade for Winter Show and Tell Tuesday! It’s ironic because I saw Emily’s idea over at   I Love My Classroom for big kid snow globe stories. I was so excited to do them this week, and then saw that Denise’s (the creator of this linky) Show and Tell was for the snow globes, too! Apparently, I’ve been out of the loop on this awesome idea for writing! 😛

We started our writing time with the cartoon, Knick Knack by Pixar. It is so cute! If you’ve never seen it, you can watch it below but DISCLAIMER!!! The one on youtube is not as kid-friendly. It was originally created back in the late 80’s, and the bikini clad girl and the mermaid CLEARLY have had some work done. 😉  You can find the kid-appropriate version at the beginning of the Finding Nemo DVD. They changed the girls, but everything else is the same…
So for YOUR viewing pleasure:

So back to the lesson… after watching the short, I had them turn and talk with a partner about what it would be like if they were trapped in a snow globe… or maybe they weren’t “trapped!” Maybe they just live there, but they encounter ANOTHER problem inside the snow globe. Some ideas they thought of were: it’s always cold, I have no friends because I’m in there by myself, someone put a spell on me and put me in a snow globe, and my favorite: people keep looking in at me with their big eyes! Once they got some ideas rolling around, I gave them this graphic organizer to begin brainstorming:
(you can download for yourself, too, by clicking on the picture!)

I want these stories to have “action!” I don’t want to read 25 stories about what their snowglobe looks like and who lives there and they play together and THE END. 🙂 So, I created this graphic organizer for that purpose. We’ve talked about how usually the problem or the conflict happens around the “middle” of a shorter narrative (in other words, not a chapter book) and the solution happens towards the end, so instead of putting beginning/middle/end on the graphic organizer, I used introduction/problem/solution to remind them they NEED to have a conflict and a resolution in their story. For “setting” they should draw what they want it to look like and label with important words to include in their story.

When my kids have finished, I think I am going to borrow Denise’s idea and take pictures of them and have them make their snowglobes they described in their story to put with their published writing!

I hope you can use these ideas! If you have some great winter ideas of your own, make sure to share them in the comments! I love getting new ideas to do in the classroom! 🙂

Wondering how to make your ELA block come together? Check out this post where I lay out some suggestions of ways to plan your schedule! ... See MoreSee Less

Planning a Language Arts Schedule (How To Fit It All In!)

🌞 Groundhog Gets A Say is a fun book for kids of any age, but I especially liked to use this mentor text to tie in some research skills and opinion writing!The book is written as a narrative, but is filled with facts about groundhogs as the main character tries to convince everyone that he deserves more than just ONE day of recognition.The unit I made for this book includes printables for text features, note-taking from text, fact and opinion, main idea and details, context clues, a writing brainstorm organizer, plus a mentor sentence lesson for relative pronouns and contextual vocabulary activities! I'd love you to check it out on my website: www.ideasbyjivey.com/product/groundhog-gets-a-say-unit/Or if you prefer, you can get it here on TPT: www.teacherspayteachers.com/Product/Groundhog-Gets-A-Say-Mentor-Text-Digital-Print-Unit-520756 ... See MoreSee Less

😍 The latest seasonal club unit for upper grades is completed, and you'll definitely want to grab it before next week! Groundhog Weather School by Joan Holub is an informative mentor text about groundhogs, Groundhog Day, and weather, but it's presented in an entertaining way that will keep your students laughing while they learn. 😂✅ With this unit I created, you'll receive a week of explicit lesson plans to go along with the book. 🤓 You'll get everything you need to teach about organized notetaking, tier 3 vocabulary, word parts, and types of sentences, plus you'll be able integrate it all with science: weather, seasons, and groundhogs! Grab it at this link: www.teacherspayteachers.com/Product/Groundhog-Weather-School-Mentor-Text-Unit-Grades-3-5-Groundho... ... See MoreSee Less

Are you reading a fun book for Groundhog Day? 🌞

🌞 Groundhog Gets A Say is a fun book for kids o

❄️ There are so many fantastic #picturebooks t

😍 A NEW FAVORITE! 🩰 Have you gotten your ha

I didn’t always use mentor sentences in my class

🐘 Strictly No Elephants by Lisa Mantchev is a p

🍯 Did you know January 18 is Winnie The Pooh Da