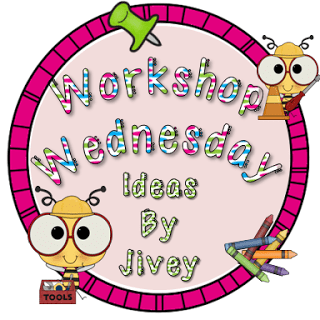 Happy Wednesday! We are focusing today’s Workshop Wednesday on FRACTIONS! This is one of the trickiest skills in math for my kiddos every year, so I imagine there are many teachers who face this issue… and thought, why not share manipulatives, books, lesson ideas, activities, games… really anything you do when you teach fractions so we can gather some ideas from each other!

I actually have quite a few things I love to do each year, so it was hard to narrow down what I wanted to blog about, but I did it! :o)

One thing I think is so important is for the students to MAKE their fraction manipulatives. Yes, I have buckets of fraction bars for my kids to use… but if the students have to figure out how to make a strip of construction paper represent equal parts, I think it makes them THINK more about the fractions themselves.

I give the students strips of construction paper, all the same size (this is very important so they can compare the pieces later). I made the construction paper match the colors of my magnetic fraction tiles (except I used purple instead of black) just so later it’s easier when we are doing activities together: 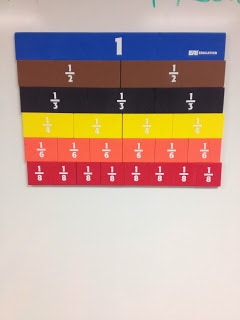 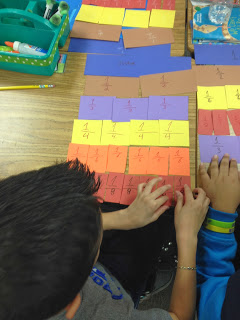 We start with halves, then move to fourths –  they have to figure out how to make fourths…I don’t tell them. They figure it out very quickly though. Then we move to eighths- same deal. They figure it out. They also start to see patterns as they lay their fraction bars out. 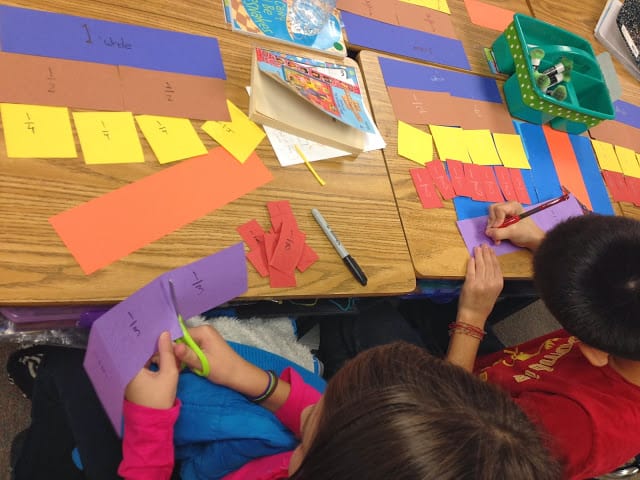 Thirds are hard for them to fold evenly, so I help them- but then they had to figure out how to make their sixths. Finding the pattern helped them big time here. They knew 2 times 3 was 6, so they figured out that two pieces would fit into each third, which would give them 6 sixths!

Once we make our fraction bars, they start “playing” with them to see what they notice about the different pieces. One of the things they always do right away is make equivalents WITHOUT me telling them to do it! It’s a great way to “teach them” by letting them just notice. 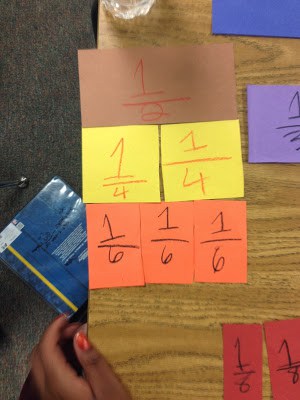 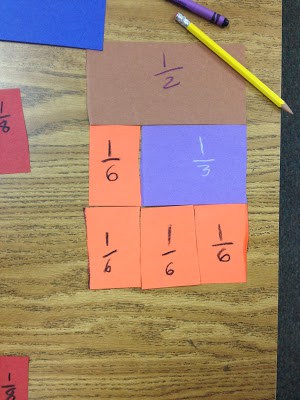 We will use these for many activities through our entire unit- even mixed numbers/improper fractions! They’ll get into groups and put their fractions together to add and subtract. :o) 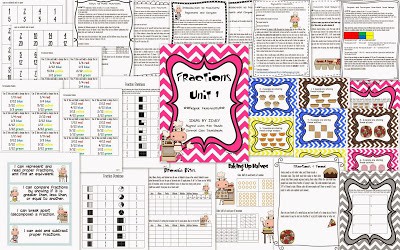 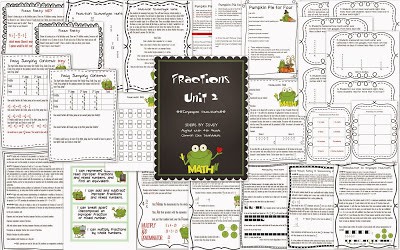