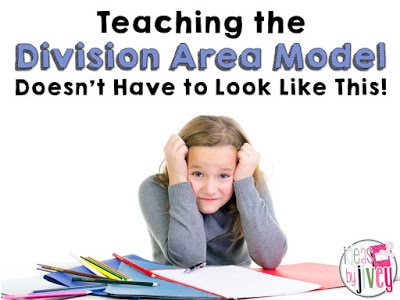 I know there is a lot of controversy about the Common Core, and that is not what I’m here to discuss. If you are a teacher, whether you are for or against CCSS, you have to teach the standards! So I am here to (hopefully) make your life a little easier. 🙂

The division area model can seem difficult to teach because it’s NEW to so many, but actually, I found my students to be MUCH more successful with it than the traditional long division algorithm.

>>>Why?<<<
Well, first of all, students have been working on multiplication facts for about a year by the time you get to division in 4th grade (counting third grade practice, and constant practice the first part of fourth grade). This method makes them think in a “multiplication problem with a missing product” kind of way.
Second, the area model breaks down a “hard” division problem into a few easier ones.
Third, it helps them SEE what they are actually dividing (hundreds, tens, and ones), unlike the traditional algorithm.
And fourth, it allows them to “check” themselves much easier.
>>>How do I do it?<<<
The size of your model, or number of “boxes” will be determined by your dividend- I will be demonstrating with a 3-digit dividend, but you can absolutely use this (and should!) with 2-digit, 4-digit, and so on. 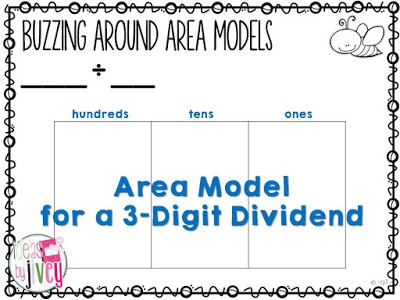 First, let’s look at what the students will be doing with manipulatives. It’s important to start with concrete models first before moving to the more abstract. We are going to divide 834 by 3. We start in the hundreds. We can only put two hundreds into three groups to divide evenly. 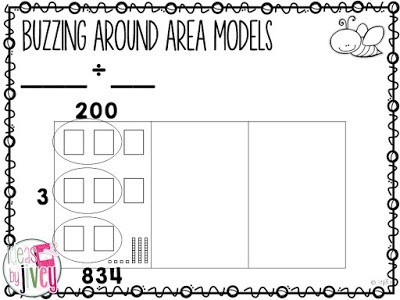 That means we need to slide the “remainders” over to the tens place, but we also need to trade those two hundreds for twenty tens to be able to make groups. 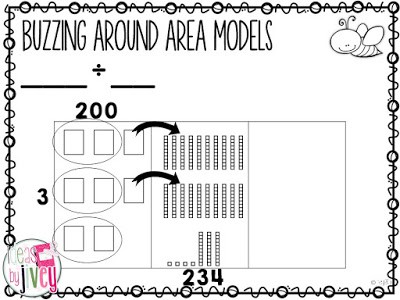 Now, we can put seven tens into three groups to divide evenly. 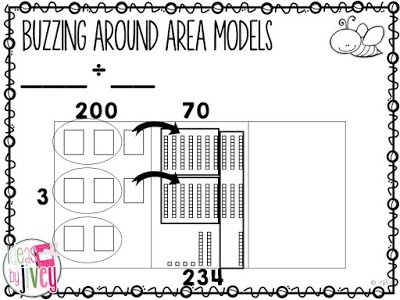 So again, we slide those remainders over, this time to the ones… so those two extra tens should now be traded for twenty ones. 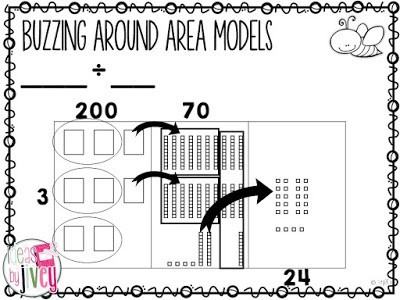 And of course, we can divide 24 into three equal groups by putting eight in each group! 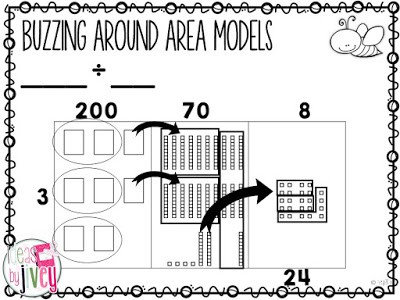 By adding up the numbers across the top, you get your quotient!
278!
Now for the more abstract model… using numbers. Same idea as with manipulatives! You are only dividing the hundreds first, so 3 x ___ = a number close to 8? 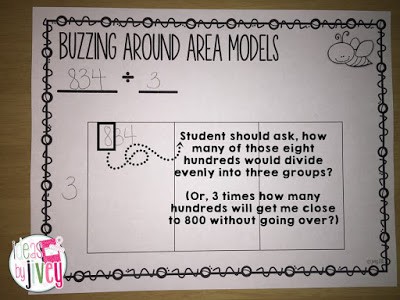 Just to show you what might happen (and probably will), here is a student who doesn’t start off grouping correctly: 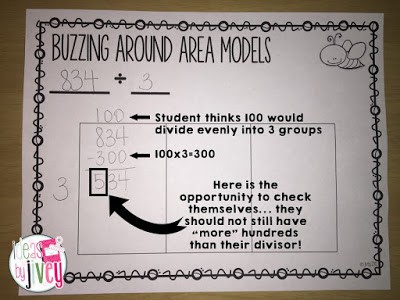 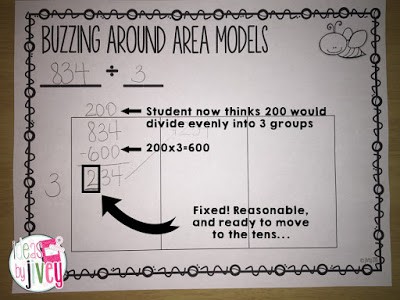 Moving to the tens, same idea- I like to have the students “box” what they are going to be dividing. This way, they remember it is 23 tens, not just 3 tens. 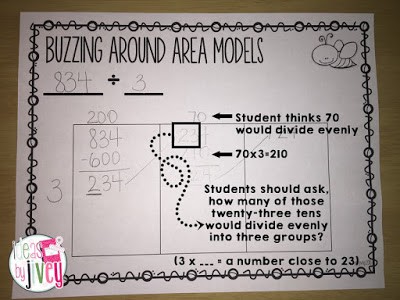 They will have that remainder of 24 to move over to the ones, which hopefully they can very easily answer 8×3=24! 🙂 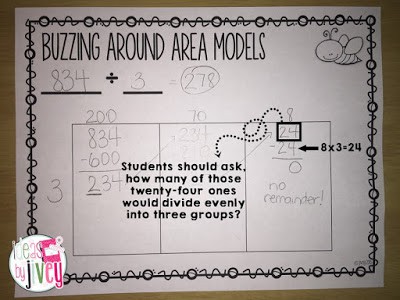 Finally, just like before, add up all those numbers across the top of the model to get your quotient! 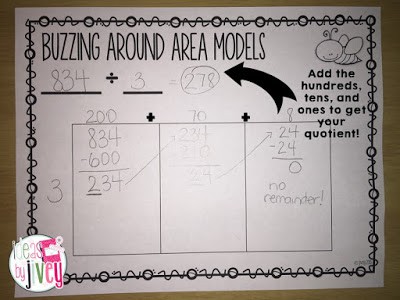 I like to give students this larger workmat (laminated) with a dry erase marker to help them do their work. Not only is it more fun, but of course, it is also easier to erase, and erase, and erase… 🙂 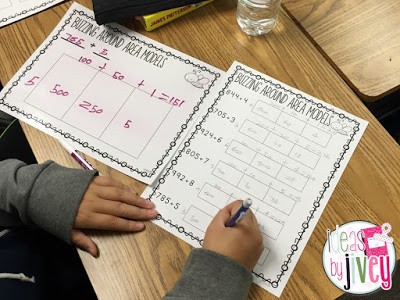 You can find this activity (and many other division stations) in my Differentiated Division Stations for Math Workshop pack! I also have other math station sets in my store.

Check out these blog posts, too, on why to use Math Workshop and how to Manage Stations!